Four Ways to Ditch Dumb Resolutions and Get S.M.A.R.T 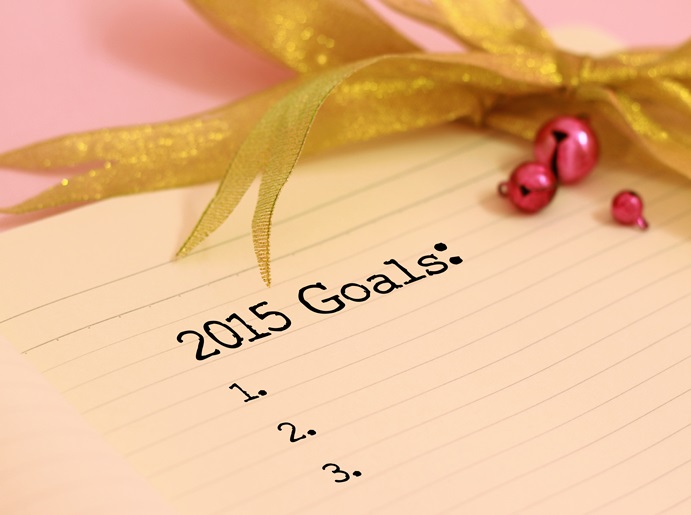 What does weight loss, smoking, dating, and retail ads have in common? They’re all signs that a new year is approaching. Like clockwork, somewhere around late-December, you’re reminded that if you need to lose weight and quit smoking, the time is now. Need a new mate? The time is now. Dying to return those Christmas gifts you politely accepted, but would never use, and get something more expensive that you didn’t budget for, but it’s on sale? Oh yeah, the time is now (okay, maybe the retail ads doesn’t fit quite the same way, but still a pet peeve, and you get the point.)

Look around and the message is clear; the end of the year means the beginning of a new year and a new you. What exactly happens to the old “you” is not clear, but apparently that person has to go.

Now let’s fast forward to reality and a big smack in the face. A new year is symbolic, sure, but you’re the same you. And guess what? That’s perfectly fine.

There’s nothing wrong with setting new goals or building from lessons learned, but let’s be realistic”.  A new year is something to be thankful to see, but that gigantic crystal blinged-out ball dropping at midnight isn’t the equivalent to an Etch-a-Sketch board wiping the previous year clean. Your excessive desire for anything with frosting, bacon, cheese will still be with you when you wake up on New Year’s Day. That job you can’t stand will still suck. Those ten extra pounds will still be clinging to you like funk on concrete in the peak of a New York City heatwave. And your desire to find a crawl space every time you attempt to network hasn’t magically disappeared.

So instead of setting out to change everything you wish you did differently last year or morph into a better version of yourself (as you planned to do last year), ditch the dumb resolutions and set yourself up for success.

This year, use these four tips to make S.M.A.R.T goals: Specific, Measurable, Attainable, Realistic, and Timebound.

1. Narrow down your goals – If you’re an ambitious person, chances are you have more than one goal you want to conquer this year (Don’t you sometimes wish you just had one simple goal?). It’s easy to get super motivated about the new year, but it’s about quality not quantity.

Pick the top three goals that are the most important and set a realistic timeframe to complete them. If you want to work on building your network, set a schedule to attend at least four to six meetings for the year instead of RSVP’ing for every event that pops up in your inbox because “this year will be different.”

2. Tackle your goals in chunks – There’s a principle that says eat the elephant in chunks at a time. Now it’s not to say eating elephants is the new green this year, but there’s something to this metaphor that has been used everywhere from setting business goals to running a race.

Take your big goals and break them down into mini steps until you get to the finish line.

If you try to tackle everything all at once you can run out of steam very easily and early (and apparently be left with an uneaten elephant).

3. Designate time to work on each goal – Face it, some meetings can be as fun as paying bills, but the Outlook reminder that tells you it’s starting in 15 minutes gets you into game mode. Similarly, try scheduling time to work on your personal goals just as you would do for work.

Plan ahead the tasks you need to accomplish and keep that time just the way you’d do at work—most of the times. If you want to lose weight, schedule your gym days as you do meetings (also schedule in cheat days so you don’t turn into a Gremlin raiding the fridge after midnight). If you’re working towards a professional certification, schedule your study times throughout the week so that you can break it up in pieces (remember that elephant!).

You may need to rearrange your schedule because life happens, but if you keep your goals in front of you they won’t get lost in the shuffle. If you’re a techie person, use smartphone apps to help stay organized (Evernote and Remember the Milk are great options). Not a big techie person? Don’t worry, good old fashion sticky notes like Post-it and fun themed notes such as Knock Knock work just as well too.

4. Be an active participant – If your goal is to get promoted at work or to start a new business, think about what you need to do to get there, since the chance of it happening via osmosis is probably small—although kudos if you’re that 1% that just has it like that.

Whether the steps are small or big, it’s still movement and that’s better than nothing at all. Always celebrate the small wins in addition to the big ones. Working towards your goals take work, but if you play it S.M.A.R.T, it beats empty resolutions any day.

What’s your S.M.A.R.T goal for this year? Share with us in the Comments below!