Stop Saying Failure Is Not an Option 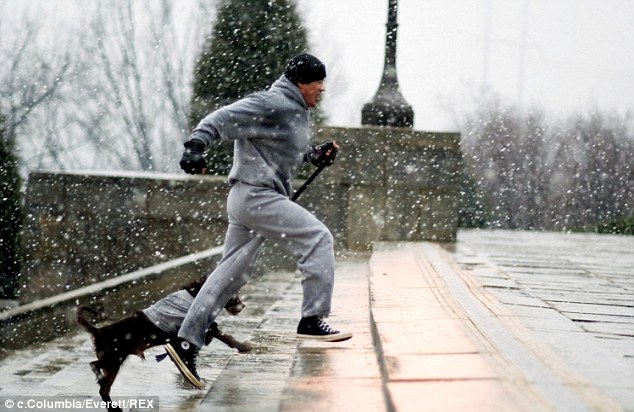 There’s nothing like the quote “Failure is not an option” to get you amped-up when going after a new goal. You picture yourself running up the steps of the Philadelphia Museum of Art, doing your best Rocky impression as the song Eye of the Tiger plays in your head.

“Yeah, I got this,” you say to yourself. (Pushing out your chest, lifting your chin to the sky, and grinning with a seal of approval.)

It’s easy to get hyped when going after a new goal, such as starting a job or business, getting a promotion, taking a professional exam, or returning to school. But as quickly as the excitement comes, little beads of anxiety start to trickle down your forehead one obstacle at a time.

Your strong run becomes a forced limp, and all of a sudden you think, “What the hell did I get myself into?!”

The success you thought was inevitable—because you fought for it—slowly turns into mission impossible.

I’ve had many of those moments, but the one that always comes to mind happened in college when I applied for a journalism program sponsored by Newsday—a leading Long Island newspaper.  It was a highly competitive internship for aspiring writers. I would’ve received a stipend, extensive on-the-job training, free housing, and the chance to get a full-time job afterwards. I wanted to be accepted like you’d want a good scratch when you have the chicken pox.

I ended up applying for the program two years in a row: The first time, I was invited to participate in the next round, which was an additional writing test. But I received a letter a month later telling me I wasn’t accepted. Needless to say, I was bummed out about it. So the next year when the program opened up, I was determined to try again.

I still remember the name of the program manager I stalked (I mean, diligently followed up with) and his assistant. I also remember when he told me to take a “chill pill” at a job fair I attended with the hope of getting some face time to sell myself for the program (it wasn’t called “branding” then, but I’ll admit I had some things to learn…yikes!).

The second time around, I got further. I went through various writing tests and moved to the final stage of getting a panel interview. During the interview, it became clear that being in my final semester of college was an issue. They didn’t want the program to interfere with completing my degree. I thought, screw my degree. This was the opportunity of a lifetime, it could wait!

After weeks of going back and forth in the process, I received the dreadful letter (again) saying that I did not get accepted into the program. I felt like I was in the middle of a game-winning drive, and then the ball slides right out my hands right before I reached the endzone.

I wondered what I could have done better, cursed the fact that I was a semester away from getting my English degree, and questioned if just maybe Walter, the program manager, thought I was a crazy stalker (instead of someone who really really wanted the role).

I was supposed to get into this program, and failure was not an option, right?

That’s the thing about failure: it is an option. It’s just what you choose to do with it. Failure will make you give up in fear of feeling like a big loser with a capital “L.” Or, it’ll make you determined to continue knocking down doors until you get what you want. I chose to continue pursuing my writing career after the Newsdayexperience,  even though it shaped out to be different than what I initially thought it would be.

I can’t tell you how many times my failures have been the catalyst for my victories. Sometimes it’s a matter of eating some humble pie. Sometimes it’s a bigMoonstruck slap in the face saying, “Snap out of it.” Many of my greatest lessons have come from failing terribly. Because failing is not personal.

It’s not always your fault when things don’t go your way. But you also have to be honest with yourself to admit if it was.

As you reflect on your next set of goals, I want you to picture yourself going up those steps in true Rocky fashion. I want you to be excited and ready to conquer the world. But I also want you to remember that you can, and will, only do your best. And you have to be good with whatever comes out of your efforts. You see, reaching your goals isn’t about not failing. It’s about not giving up if you fail.