This Is Why Empowerment Sucks 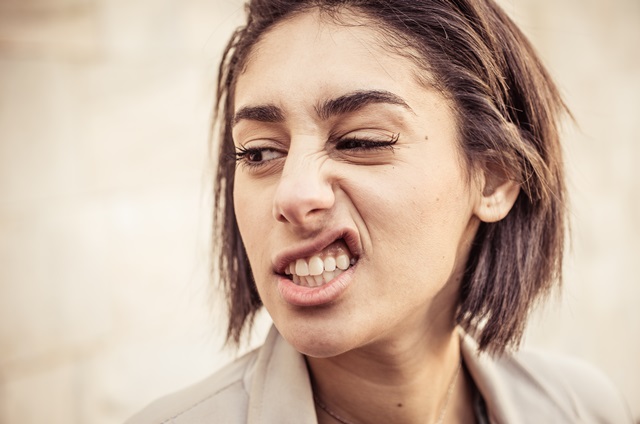 There’s something about the word “empowerment” that makes me want to dramatically roll my eyes and throw up a little bit in my mouth.

Okay, maybe not actually barf, (because the thought of barfing makes me want to barf), but perhaps motion a finger towards the back of my throat with my tongue out — at the very least.

Nowadays, it seems like everyone wants to empower you. Terms like empowering women, career empowerment, and empowering your brand, (blah, blah, blah), have been passed around like germs on LEGO bricks in a daycare center.

But what does it actually mean to “empower”? If we really want to get specific, according to Merriam-Webster’s dictionary, the word empower means “to give power to (someone).”

So by being empowered, you somehow are granted a long flowy cape and magical wand that will make you instantly powerful? You will reach your career goals, lose weight, or build a business empire?

But on the other hand, the experts offering to empower you may need a dose of “empowerment” themselves.

I knew a business planner who coached business owners on how to be financially sound, but he was in the red with his own bills and was not even able to pay his own employees since that inconveniently interfered with catching up on delinquent invoices.

With that aside, I guess if you look at it another way, you may still get the skills, (or the tools), that make you better personally and professionally—which is definitely a good thing. And perhaps those skills will make you feel empowered.

But are the steps to success less important than the end result of being empowered? (Regardless of how it may be defined).

The problem I have with the misuse of the term empower is that it seems to be more connected to feelings than actions. Shoot, if I were to go by the feeling, I’d put in my own request for a pink flowy cape and see if I could bling out my magic empowerment wand.

Yet, someone empowering you, as it’s thinly presented, is an empty statement.

The word is thrown around too loosely when trying to attract an audience or “tribe.” Instead of offering solutions or useful information, the end result is a mushy kumbayah fest where folks hug, drink, or umm “network,” and talk about their struggles.

Nowhere is the mention of hard truths and detailed steps that may not always work the first, or second, time around. Then again, these things don’t sound as sexy, I suppose.

I guess I’ve always been a details kind of girl.

It could be from working on many technical training projects where the planning could take as long as a year for a two-week rollout to system users. How meticulously the project was planned determined its success.

So, maybe that’s where I don’t necessarily connect the dots between success and empowerment. In my mind, I think, umm, did we just skip the importance of the details?

It’s like if “Details” was a person, it would be the underdog. If “Details” had a theme song, it would be Bette Midler’s “Wind Beneath My Wings.” In fact, “Details” is like a needle to a balloon threatening to expose the Stepford wife-like illusion of success.

And maybe this is because some of us want to be fed quick fixes and positive feelings.

We want to eat more and weigh less. Work less and get paid more. Or not work at all and just play, which is way more fun. Whatever the goal, it usually isn’t easy. In fact, it takes a lot of hard work, planning, and sometimes failing to reach whatever success you’re aiming for.

When you reach a goal like getting promoted, losing weight, or launching your business, it wasn’t because someone empowered you—or gave you authority. It was because you were strategic and worked your ass off to take the necessary steps to make it happen.

Yes, either way, you look at it, the end goal is a win, and it feels amazing. But it was because of the hard work YOU put in with the guidance you were given.

You can call it whatever you want, but know that the devil is in the details. This doesn’t sound as cozy as being empowered, but at the end of the day, you don’t need to be fed empowerment.

You need to act on a strategy that will get you results.